Monobactams are a group of beta lactam antibiotics since it has the same beta lactam ring like that in penicillin and cephalosporins.

However, it has only one ring and lacks a second ring like thiazolidine or dihydothiazine. 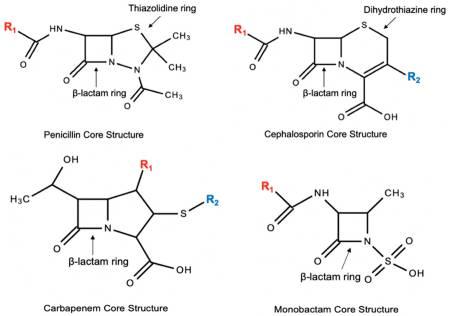 Aztreonam is the most common monobactam antibiotics used in clinical practice which was introduced in 1984 A.D.

Similar to other beta lactam antibiotics by prevention of transpeptidation reaction.

Good in vitro activity against the majority of gram-negative aerobic and facultative bacteria, including the Enterobacteriaceae and P. aeruginosa.

It has virtually no activity against gram-positive organisms or anaerobes; the majority

of strains of Acinetobacter and S. maltophilia are resistant and resistant strains of P.aeruginosa frequently emerge during therapy with aztreonam alone.

The spectrum of activity of aztreonam is similar to that of the aminoglycosides. However, it is less reliable therapy than aminoglycosides for the non-enteric gram-negative bacilli such as Acinetobacter, P. aeruginosa, and S. maltophilia.

It is distinctive in that it is not degraded by the class B metallo-beta-lactamases.

Route of administration – IV or IM

Aztreonam is given intravenously every 8 hours in a dose of 1–2 g, providing peak serum levels of 100 mcg/mL. The half-life is 1–2 hours and is greatly prolonged in renal failure.

Aztreonam is most useful is in place of an extended spectrum penicillin or cephalosporin when these are indicated but cannot be used because of allergy.

Carbapenems play a critically important role in our antibiotic arsenal.

Of the many hundreds of different β-lactams, carbapenems possess the broadest spectrum of activity and greatest potency against Gram-positive and Gram-negative bacteria. As a result, they are often used as “last-line agents” or “antibiotics of last resort” when patients with infections become gravely ill or are suspected of harboring resistant bacteria.

Several recent studies clearly show that resistance to carbapenems is increasing throughout the world.

Similar to other beta lactam antibiotics by prevention of transpeptidation reaction.

Gram-negative organisms (including beta-lactamase producing H. influenzae and N. gonorrhoeae, the Enterobacteriaceae, and P. aeruginosa), including those that produce extended-spectrum beta-lactamases

Anaerobes (including B. fragilis) but poor against Clostridium difficile

Carbapenems are not generally active against S. maltophilia (which has a carbapenem-hydrolyzing chromosomal beta-lactamase), Burkholderia cepacia, Enterococcus faecium, MRSA, Diphtheroid.

Activity of Carbapenems against Pseudomonas aeruginosa

Although initial isolates of P. aeruginosa are usually susceptible to the carbapenems, resistance may emerge on therapy when these drugs are used as a single agent. Evidence suggests that carbapenems do not traverse the outer membrane of P. aeruginosa through the normal porin channel used by the other beta-lactams but rather through a different channel. Carbapenem-resistant strains of P. aeruginosa arising on therapy generally have altered permeability to these drugs and specific changes in their outer membrane proteins; such strains are generally not cross-resistant to other beta-lactams nor do they produce increased or novel beta-lactamase activity.

In general, imipenem, panipenem, and doripenem are potent antibiotics against Gram-positive bacteria.

Ertapenem has a more limited spectrum, because it is not as active as imipenem or meropenem against P. aeruginosa. Also, ertapenem is found to have poor activity against Gram positive bacteria, particularly enterococci and penicillin-resistant pneumococci.

The major benefit of ertapenem over other carbapenems is that it has a long half-life and can be administered once daily.

Doripenem has lower MICs than do imipenem and meropenem versus P. aeruginosa and A. baumannii.

A limiting feature of imipenem is its rapid hydrolysis by the enzyme dehydropeptidase I located on the brush border of renal tubular cells.

An innovative solution to this problem is its combination with cilastatin, a reversible inhibitor
of dehydropeptidase I, which has matched pharmacokinetics with imipenem (t½ of both is
1 hour) and protects it.

Clinical use of Carbapenems

Meropenem is useful for the treatment of bacterial meningitis (in pediatric patients >3 months old) and intra-abdominal infection.

Unlike meropenem, there are insufficient data to support the use of ertapenem for the therapy of meningitis.

Doripenem has demonstrated clinical efficacy in the treatment of complicated urinary tract and intra-abdominal infections.

A unique application of meropenem is that when combined with clavulanic acid, it is potent at killing MDR Mycobacterium tuberculosis, a bacterium that typically is not susceptible to β-lactams due to a chromosomally expressed β-lactamase. This ability to inhibit or kill M. tuberculosis is likely to be a property of other carbapenems as research in this area grows.

Imipenem therapy has been associated with central nervous system (CNS) toxicity, including change in mental state, myoclonus, and seizures.

This effect is common in patients with renal insufficiency and pre-existing CNS disease. Thus, imipenem is not indicated in CNS infections.

Meropenem may have a slightly lower risk of producing seizures than imipenem.

Doripenem has been a/w increased risk of mortality in patients with ventilator-associated bacterial pneumonia who received doripenem rather than imipenem. 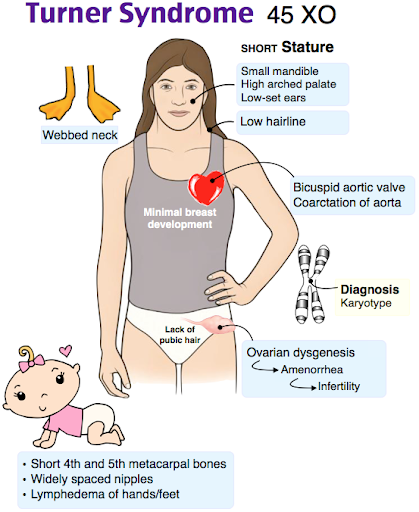 Study with me videos